April 1st – April 30th, 2016
Opening Reception: Friday, April 1st, 6-9PM
Live Performance by David “D-Black” Roberts
Featured Artists:
Lance Johnson
Mwende “FreeQuency” Katwiwa
Lerato Mokobe
Toluwanimi Obiwole
David “D-Black” Roberts
at our Pop-up Gallery, at:
Bronx Music Heritage Center
1303 Louis Nine Blvd
Bronx, NY 10459
Gallery Hours:
Wednesday – Friday: 3:00 – 6:30 PM
Saturday: 12:00 – 5:00 PM
Bronx, NY… The Bronx River Art Center (BRAC) is pleased to announce our two upcoming exhibitions, presented in partnership with The Bronx Council on the Arts’ Bronx:Africa programming, which is a celebration of our borough, and the influence and art of African cultures that strengthen and transform us as a city.
The first exhibition, Africa: In Rhyme & Rhythm, on view through April 30th, focuses on the power of words, as they are written, illustrated and spoken. Spoken word poetry has traditionally been a form of activism, the poetry of people who have been repressed, linked to feminist, anti-discrimination and anti-war movements throughout history. Words have power, words are power.
“It is never my custom to use words lightly. If twenty-seven years in prison have done anything to us, it was to use the silence of solitude to make us understand how precious words are and how real speech is in its impact on the way people live and die.” – Nelson Mandela
This April marks the 20th anniversary of National Poetry Month, which was inaugurated by the Academy of American Poets in 1996. Over the years, National Poetry Month has become the largest literary celebration in the world with schools, publishers, libraries, booksellers, and poets celebrating poetry’s vital place in our culture. This exhibition is 30 days of celebrating the joy, expressiveness and power of poetry through the work of five artists who pay tribute to culture and identity. Opening with a live performance by one of the exhibiting artists, D-Black, Africa: In Rhyme & Rhythm includes projected footage of performances by four spoken word artists and activists, mixed-media work by a visual artist inspired by Hip Hop, and a Create-Your-Own Poetry Wall for the public to participate and become a part of the exhibition.
Lance Johnson is a mixed media artist born and raised in NY. As a young man raised in the Golden Age of Hip Hop, Johnson fell in love with art when he was introduced to the work of a pioneer of the Jazz Era, Romare Bearden. As Jazz informed Bearden’s work, Hip Hop informs Johnson’s. Bearden’s gritty energy and improvisational style can be seen in Johnson’s mixed media work, such as in his 48″x60″ piece in the exhibition, titled “Shine“, 2016.
Mwende “FreeQuency” Katwiwa, born in Kenya, is a Black, Immigrant, Queer Womyn poet based in New Orleans. Known for her social justice work and poetry, she was ranked 3rd at the 2015 Individual World Poetry Slam, FreeQuency is also an Anti-Racist and Reproductive Justice organizer. Her Spoken Word performances being presented as part of this exhibition are “Lessons on Being An African Immigrant in America“, “The 7 Deadly American Sins“, and “Embracing Weakness“.
Lerato Mokobe, based in Cape Town, South Africa, is a black transgender award-winning slam poet and the founder of Vocal Revolutionaries, a literary organization focused on empowering African youth. Mokobe is also a teaching artist and 2015 TED Fellow, his TED performance about what it feels like to be transgender is included in the exhibition, along with another titled “Cancer“.
Toluwanimi Obiwole, born in Nigeria, and Colorado-raised. Announced last year as Denver’s inaugural Youth Poet Laureate, Obiwole works with youth to promote poetry in everyday life, and has authored two books. Her own poetry explores ideas of family, cultural identity and femininity, such as in the performances included in our exhibition, “Passport“, “How To Make A Whole City Your Home“, and “Sugarcane“.
David “D-Black” Roberts, is a Bronx native who has been writing and performing poetry for a number of years. Being a direct descendant of an African mother (from Sierra Leone) and being born and raised in African-American surroundings has helped D-Black to look at his culture from “both sides of the fence.” His work often deals with Black awareness and unity, as in his performances included in the exhibition, “4 Men” (A Tribute to Nina Simone’s Four Women), “WORDS“, and “Curriculum“.
The exhibition opens with a reception, including a live performance by D-Black, and an interactive poetry wall for the community to create their own poems and become a part of the exhibition, on Friday, April 1st, from 6 p.m. to 9 p.m. at BRAC’s pop-up gallery, while our building’s renovation is just months from completion. The Bronx Music Heritage Center is located at 1303 Louis Nine Blvd, off the Freeman St stop on the 2/5 Trains. 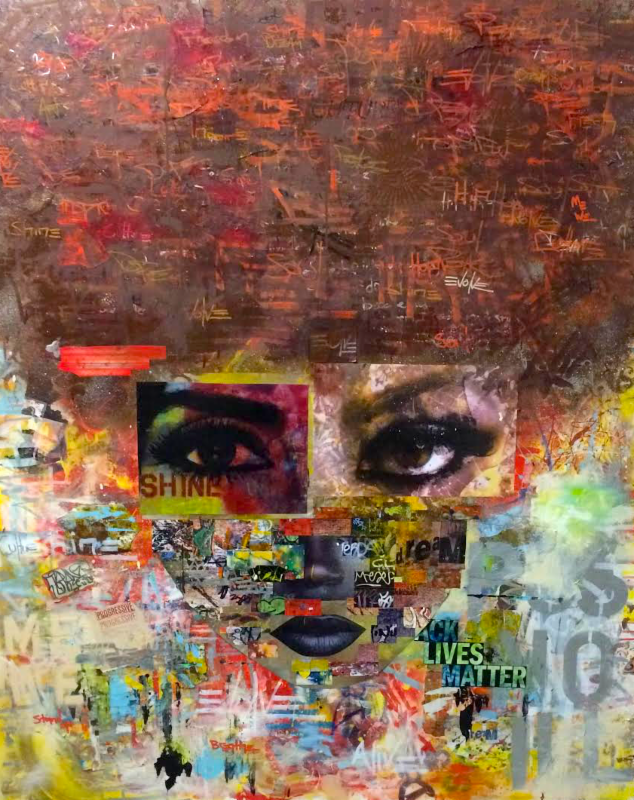 Lance Johnson, “Shine”, 2016
Upcoming at BRAC
The second exhibition, Africa: In Fashion & Fabric, focuses on African Fashion Design and Textiles. On view May 6th – June 4th, 2016, at our pop-up gallery at the Bronx Music Heritage Center. 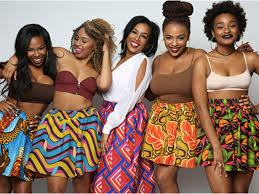 Archel Bernard and The Bombchel Factory
About the Bronx River Art Center:
Bronx River Art Center (BRAC) is a culturally diverse, multi-arts, non-profit organization that provides a forum for community, artists, and youth to transform creativity into vision. Our Education, Exhibitions, and Presenting Programs cultivate leadership in an urban environment and stewardship of our natural resource, the Bronx River.
For more information visit www.bronxriverart.org
More about Bronx Council on the Arts’ Longwood Arts Project – Bronx:Africa:
The BRONX:AFRICA exhibit (#BronxAfrica) features contemporary art across disciplines along with Program Ambassador events around the Bronx and beyond. Our borough is home to major and still growing populations from various countries in Africa. Their vital presence influences and transforms our city. BRONX:AFRICA is a multi-disciplinary exploration of the art, expressions and influences of African cultures, and their impact on the arts as nationals mix and infuse. BRONX:AFRICA celebrates the influence of contemporary African cultures that strengthens and connects us with the many peoples of African descent, the diaspora, mixed heritage and migration-dispersion that call the Bronx home.