Los Angeles, CA (March 31, 2016) – This summer, the heat is on Monday nights, beginning June 6 when stacked premieres of Devious Maids at 9pm ET/PT, followed by the critically acclaimed series, UnREAL at 10pm ET/PT will debut. Ten episodes of each series have been ordered.

Starting today, UnREAL fans can also binge The Faith Diaries, a new scripted spinoff series, at mylifetime.com where all ten episodes are available. Written and produced by UnREAL co-creator and executive producer Sarah Gertrude Shapiro, the series follows season one favorite Faith (Breeda Wool), and her girlfriend Amy as they travel to Los Angeles to pursue their Hollywood dreams and learn about their relationship along way. 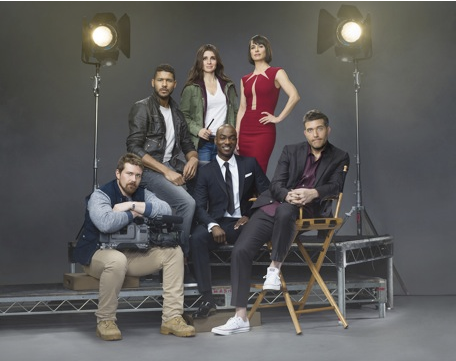 Honored by the American Film Institute as a Television Program of the Year and recently nominated for three Critics’ Choice Awards, with Constance Zimmer winning for Best Supporting Actress in a Drama Series, Lifetime’s critically acclaimed UnREAL continues to push the limits with its highly anticipated season two return.

Co-created by Marti Noxon and Shapiro, UnREAL gives a fictitious behind-the-scenes glimpse into the chaos surrounding the production of a dating competition program, Everlasting. Having already tackled relevant matters of gender politics, the series, starring Shiri Appleby and Constance Zimmer as producers Rachel Goldberg and Quinn King, will stir up the drama in season two when Everlasting casts its first-ever African American suitor.

Returning as series regulars are Craig Bierko as Everlasting’s creator, Chet, who is on a quest to reclaim his full power on set; Josh Kelly as Jeremy, Everlasting’s director of photography; and Jeffrey Bowyer-Chapman as Jay, a field producer whose ambitions run far beyond the show. Everlasting’s new suitor Darius Hill, an All-American football star, will be played by B.J. Britt. 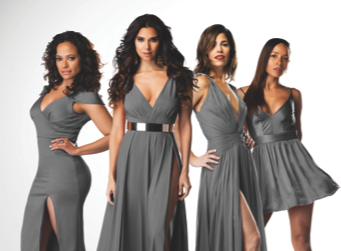 With a special appearance by Eva Longoria in the season four premiere of Devious Maids, murder and mayhem collide once again in the mansions of Beverly Hills’ wealthiest and most powerful families in ten all new-episodes. Executive produced by Marc Cherry and Longoria, Devious Maids follows a close-knit group of friends, Marisol (Ana Ortiz), Rosie (Dania Ramírez), Carmen (Roselyn Sánchez) and Zoila (Judy Reyes), who are bonded together by their jobs, life struggles and the melodramatic universe that engulfs their employers.

This season, Marisol finds herself acting as a support system to Evelyn (Rebecca Wisocky) in the wake of a big life change. Meanwhile, Rosie’s positive and sunny disposition leaves much to be desired by her new boss, Genevieve (Susan Lucci) who is acclimating to a household without Zoila’s honest and acerbic humor. Carmen continues to pursue her singing career until her cousin Daniela (Sol Rodriguez) comes to town and shakes things up. Marisol also finds herself in a new relationship, which eventually becomes a complicated triangle when her old flame Jesse reappears.

ABC Studios is a leader in the development, production and strategic distribution of entertainment content across broadcast, cable and on demand platforms. The studio is the key content provider for ABC Entertainment, having produced multiple seasons of hit series, including current shows American Crime, black-ish, Castle, Grey’s Anatomy, How to Get Away with Murder, Marvel’s Agents of S.H.I.E.L.D., Marvel’s Agent Carter, Mistresses, Nashville, Once Upon a Time, Scandal and Secrets and Lies for ABC; CriminalMinds for CBS and Devious Maids for Lifetime. For the current season, ABC Studios is producing The Muppets, Quantico and The Real O’Neals on ABC, Grandfathered on FOX, and Code Black and Criminal Minds: Beyond Borders on CBS.